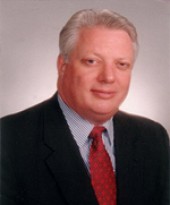 Steven (Steve) R. Hill was born in Omaha, Nebraska. The son of an Air Force colonel stationed abroad, he soon moved to Europe where he received his primary and secondary education.  His University experience was at Bryant University in Providence RI and concurrently attended AFROTC Military Science courses at Brown University RI and his Economic courses at Harvard University in Boston. He graduated from Bryant University with a BS in Economics in 1971 along with a commission in the Air Force as a 2Lt and later obtained an MBA from Boston University in 1973. He is a member of the American Society of Petroleum Engineers of the AIME and is currently a member of the Project Management Institue as a certified PMP.  Steve served in the Air Force on active duty from 1971 to 1975 and in the Air Force Reserves until his final discharge in 2001. He speaks French, Spanish and Portuguese.

Since 1980, Steve has owned and operated his own small “Engineering and Consulting” firm, “S.R. Hill and Associates International, Inc.” (HAI) which was named one of "Houston's fastest growing small firms” in 1987.  Through this entity, he offers his expertise to corporations and international offshore oil service companies, consulting primarily regarding the commercial development of gas to power projects which involve multiple external partners delivering oil, gas and power through “turn-key” facilities. Hill is also considered an expert on FPSO conversions and Offshore Platform Decommissioning.

From 1990 to 1999, Steve served as the 'Vice President of Major Projects' for ABB's Oil, Gas and Power sectors.  Residing in South Africa, he had the responsibility for oil, gas and power projects known as "Wellhead to Wire line" on a “Turn Key” EPIC approach for the African continent. He was one of the original signatory on the development of the West African pipeline with Chevron Overseas Petroleum.

Upon returning from Africa, Steve served two years as a 'Vice President of Hyundai Heavy Industries Co., Ltd.' with direct responsibilities for advising Hyundai's Senior Executives on EPIC strategies in the area of Deep Water SPAR/TLP/FPSO and  on shore process projects primarily in West Africa with major Houston-based oil companies. In that role, he assisted with client interfaces and communication along with the support of contract change orders.  While with Hyundai, Steve contributed in the closing of over two billion USD in Deep Water EPIC contracts with Houston-based clients during 2001 - 2003. In 2005 and through 2011, Steve served as 'Chief Operating Officer of Oceanic Consultants', leading a team that managed the delivery of a Sub Sea and FPSO project in partnership with ENI of Italy This project was for the EPIC of an FPSO (floating, production, storage and offloading) vessel valued over $600 million called the “Oyo” development-offshore Nigeria with 'First Oil' on 5 December 2009, setting an Industry record of 22 months from project sanction to ‘first oil’. Eni drilled four wells that were connected to the FPSO by subsea flow lines.

Today, Steve serves companies as an ADVISOR or MENTOR in the area of placing large complex projects back on plan profitability, improving the client relationship and using his vast networks of professional friends and past clients, that admire his skills and abilities, to secure new business for his current clients. He is also a certified ISO 9001:2008 Internal Auditor.

Outside the office Steve has served as a member of 'Millennium Ventures, LLC' (Houston's 12th largest venture capital company) in 2002, and has supported the funding of various movie productions in the state of Texas in 2012, is a current member of the National Association of Eagle Scouts, along with the Houston Petroleum Club. He is also and currently a Certified Facilitator and active member of the Project Management Institute PMI in Houston. He is a Cancer Survivor and local cancer research fundraiser.

The Hill lineage has a long history of military pioneers, inventors and entrepreneurs, that goes back to William Hill, whom is reported to have arrived from Aberdeen around 1680 to the Virginia Colonies as a seafarer, shipper and trader.  A. P. Hill was one of General Lee's favorite and most reliable General, who died a week before Appomattox near Petersburg in 1865. At the turn of the century various Hill's migrated through Rockford, Illinois to Omaha, Nebraska as part of the US rail expansion to the west. O. R. Hill Sr. served as a decorated artillery Captain in France during WWI and after returning from Europe worked on building the railroad from Omaha to the Pacific. O. R. Hill Jr. was a decorated B-24 Bomber Pilot during WWII in the Pacific, and later was the first Jet Pilot to release and detonate a test atomic weapon from a B-47. He went on to serve 31 years on active duty and rests in Arlington Military Cemetery with Honors and the rank of Colonel. R. E. Hill served in the Navy as a radio operator and photographer during WW II, and later distinguished himself as the "inventor of instant playback (electronic film editing equipment) which won him an Academy Award from the Academy of Motion Picture, Science and Arts in Los Angeles. His name remains on the patents to this day with Ampex and Sony. The son of S. R. Hill, namely S. A. Hill, is an accomplished blue grass musician on the banjo, bass-fiddle and guitar. He completed his MBA in Shanghai, China and is fluent in Mandarin. S. A. Hill currently resides in Hawaii and is employed by Chevron Engergy Services as a Project Manager.  S. R. Hill currently resides in Houston, Texas and is a principal with AIMS LLC in the area of Petroleum Engineering and Consulting. S.R.Hill went from  acitve duty, in the USAF, to Global Marine Inc. and worked on the deepest sub sea project in the world, known as Project Azorian in technical support to sucessfully raise the K129 from 25,000 feet of water. S.R.Hill continued to serve 21 years in the reserves and was based at the AF Test Wing center in Edwards AFB and later to San Antonio, Texas.