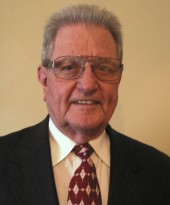 Mr. John E. "Jack" Maingot's professional career has covered the spectrum of design, fabrication, and installation of subsea equipment for both drilling and production. He has demonstrated leadership and responsibility in the areas of management, design, fabrication, installation and operations. He has worked on projects in the Gulf of Mexico, North Sea, West Africa, Venezuela, Mexico and Trinidad. Mr. Maingot has 42 years of experience in subsea, drilling and floating-production systems. He has been involved with the project management and execution of field development projects in North and South America and West Africa.  He has worked subsea developments from the conceptual and detailed phases and has taken the lead for offshore equipment installation.

He was also the Lead Subsea Engineer for Eni secondary phase of the OYO project offshore Nigeria.  This included the drilling of two new production wells and doing a work-over on an existing producer. He ensured compliance with client expectations and managed solutions to issues that arose with respect to contract, personnel, technical matters, and budget / schedule constraints.  He was involved with: Conceptual engineering, FEED, drilling and completions and hooking-up and commissioning of the subsea development to an FPSO.

He also managed the conceptual design, FEED and detailed engineering for producing hydrocarbons for major deep-water finds offshore West Africa: (Chevron's Kuito Angola) and (Shell's Bonga Nigeria).  He has worked on the designs, construction, HAZOP, installation, interface methods and solution of problems of various components for these projects.

He has worked as a driller and work-over superintendent and has taught Subsea Drilling and Production techniques in Venezuela, Trinidad, Mexico and at Heriot Watt University, Scotland.

Mr. Maingot holds a Bachelor of Science in Mechanical Engineering (BSME) from the University of Houston.